These pictures are of a BRCA (+) patient with history of previous breast reduction. The patient's goal was for natural breasts, even smaller in size, and a flat abdomen. The patient chose bilateral DIEP flap breast reconstruction at the time of nipple sparing mastectomies. The patient had successful nipple sparing preservation despite scars around the entire areola. 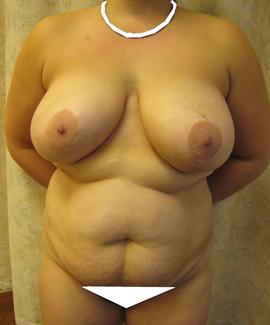 Below is a photograph 2.5 months after double nipple sparing mastectomies and DIEP flap breast reconstructions. The abdominal scar will fade at about a year. 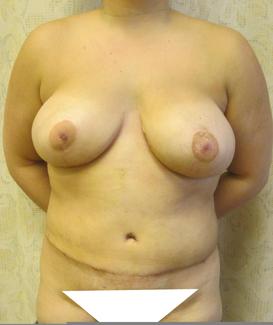