These photographs show the stages of reconstruction in a BRCA positive woman who presented after already having a right mastectomy and radiation therapy. The patient wanted reconstruction with DIEP Flaps and decided to have a left nipple sparing mastectomy at the time of the reconstruction. The radiated right breast skin was stiff and contracted down to the chest. Her goal was natural symmetrical breasts, about the same size as her original size. 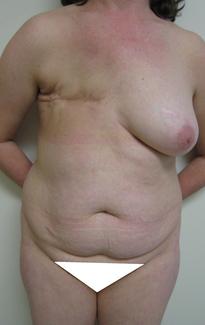 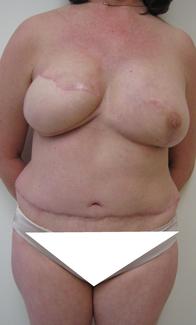 Below is a photography of the woman after a right breast nipple reconstruction and minor revision to the abdominal donor site. The abdominal scar will fade more at the year point. 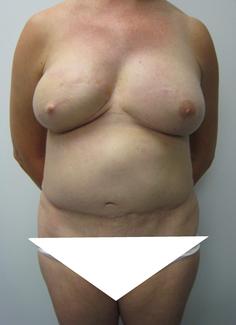