These photographs show the stages of reconstruction in a woman with breast cancer and history of multiple surgeries to the abdomen. She wanted to use her abdomen to reconstruct her breasts, but it was not clear if she was a candidate for DIEP flap due to the many previous surgeries to the right abdomen. The patient 's goal was natural breasts about the same size. 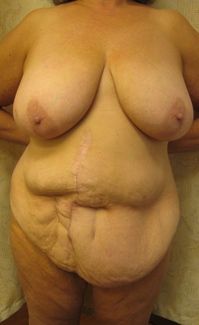 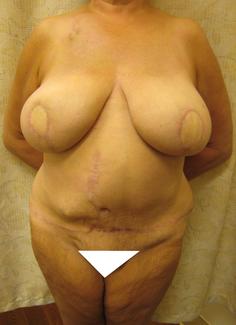 With the flatter abdomen and new healthy lifestyle, the woman opted for smaller breast size. Below is a photograph of the woman after breast reductions with nipple reconstructions. 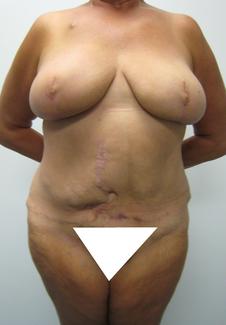 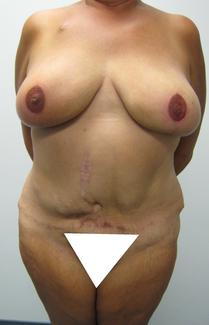